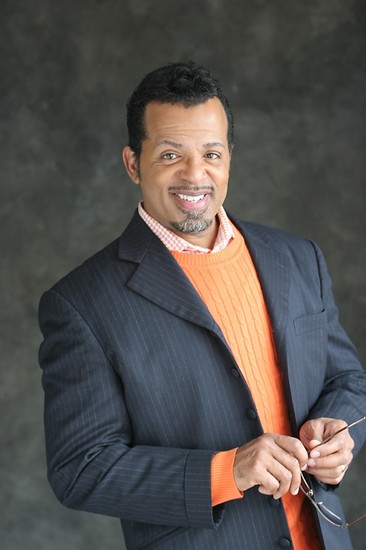 Pearson, who made the statement during a 2012 interview with ChicagoPride.com, also emphasized that there is a natural progression from race-based rights issues to those focused around same-sex relations--a message he plans to communicate on Tuesday, Oct. 22 during the March on Springfield at the Illinois State Capitol.

"My message will capitalize on civil and human rights and in being in the Land of Lincoln, who is celebrated by particularly African-Americans for signing the Emancipation Proclamation, which gave African slaves freedom, something many African-American preachers are refusing to do for one of the most marginalized people groups in modern society," Pearson told ChicagoPride.com this week.

A protege of televangelist Oral Roberts, Pearson founded the Tulsa-based Higher Dimensions Church, which was once one of the largest evangelical churches in the nation. He has also met and counseled with former Presidents George H. W. Bush and Bill Clinton.

Pearson has since left the evangelical world to preach what he calls the "gospel of inclusion," an interpretation of scripture that suggests that all of humanity, no matter their religion or actions, is eventually reconciled with God. Pearson, along with his wife Gina, is the founder and spiritual director for New Dimensions Chicago.

Pearson believes there can be reconciliation between sexuality and spirituality, which is a message that resonates with many gay and lesbian Christians.

"When I went public with my message of Inclusion, the first two communities to publicly reach out and embrace my 'gospel' were Jews and LGBTs," said Pearson, who called the LGBT community "one of the most denigrated, denounced, denied, abused and bullied segment in American and world culture."

Pearson has long been concerned with the lack of acceptance shown towards LGBTs within church communities, in particular homophobia in the African-American church.

"The fear is not of someone's else's homosexuality, but their own human sexuality, which includes homosexuality and their subliminal recognition and fear of such propensities, which gives rise to endemic, or at least too frequent, occurrences of men and ministers on the down low," Pearson explained.

"In this state, not unlike other states, many politicians are bullied by the church," he added. "Lawmakers must concede to the wishes of their constituencies."

Calling his participation in the March on Springfield a matter of conscience, Pearson holds out hope for more vibrant and welcoming religious communities that understand and celebrate the diversities of human nature.

"I believe in and support Radical inclusion and consider myself a Sacred Activist, something I believe people like Jesus, Buddha, Nelson Mandela, Martin Luther King and many others were," he said. "I follow their example as are all of those who've come out in support of this important legislation in support of the constitutional rights of same gender loving people to enter the legal and spiritual contract and covenant of marriage."

The March on Springfield rally will take place from 1 to 2:30 pm. Rock The March, a free one-hour concert featuring top LGBT talent with Illinois roots, will precede the rally from Noon to 1 pm. At the rally's conclusion, Illinois families will lead the attendees on a march around the State Capitol.