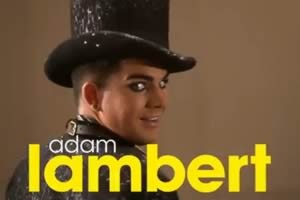 Adam Lambert's guest role on the Fox musical-comedy Glee is set for a November 7 debut.

Lambert's character will appear in the episode titled A Katy Or A Gaga, the first episode to air after the show returns from a three-week break.

"I am thrilled to announce that the super talented Adam Lambert is joining the cast of Glee this fall," Ryan Murphy messaged to his nearly 500,000 Twitter followers.