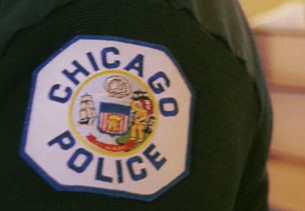 Chicago, IL - Chicago Police are looking for as many as six robbers who have been linked to a series of robberies in Lincoln Park and Lakeview.

Three late-night and early morning robberies involving victims being threatened with a hammer have been reported in the North Side neighborhoods, according to an alert issued Monday.

A victim was struck in the leg with a hammer during the most recent incident occurring on Sept. 30 at 12:30 a.m. in the 3000 block of N. Seminary. The offenders are described as six men seen in a four-door sedan. One offender is said to be a Hispanic man between the ages of 19 and 21 years old. He was about 6 feet tall and weighed around 145 pounds. He had an olive complexion and wore a black hooded sweatshirt. Another offender was described as a black man around 19-22 years old. He was 6 feet 1 inch tall and weighed about 165 pounds. He was wearing a white jacket. Police did not offer descriptions of the other suspects.

An earlier incident happened on Aug. 22 at Midnight in the 600 block of West Buckingham Place in Chicago's Boystown neighborhood. The offenders in this attack were described as a Hispanic man around 19 years old who stands at about 5 feet five inches tall and weighs about 120 pounds. He had light complexion and a black pony tail. He was accompanied by a 22-year-old who was about 5 feet 11 inches tall and 140 pounds. He had black dreadlocks.

The first incident happened in the 2800 block of N. Southport Ave. between 3 a.m. and 3:45 a.m. on May 22. The offender is described as a black man between the ages of 19 and 21 years old. He stands between 5 feet 10 inches and 6 feet 1 inch tall. He weighs around 175 pounds. He had a "black fade flat top hairstyle" and a small gap between his front teeth.

Anyone with information about these incidents are asked to call the Bureau of Detectives, Area North at 312-744-8263.