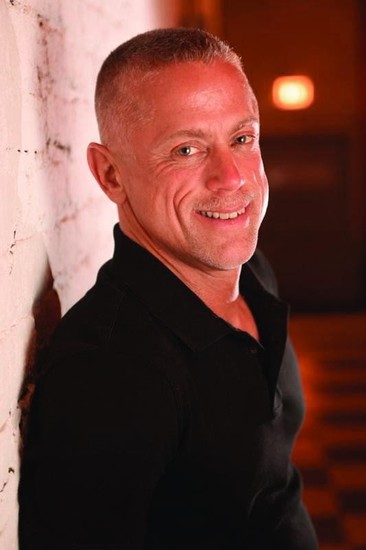 Chicago, IL - The Test Positive Aware Network (TPAN) Board of Directors announced the resignation of Bill Farrand as Chief Executive Officer of TPAN. Farrand resigned from his position on Friday, Sept. 27 for both personal and professional reasons.

In a press release issued Tuesday, Oct. 1, the Board thanked Farrand for his seven years of service to TPAN and called his tenture "a period of growth and an increased profile for the organization."

Farrand provided the following statement upon his departure, "I have been honored to have been a part of TPAN for the last seven years and to have worked with such an incredibly committed and passionate staff during a period of unprecedented growth in programming and a doubling of TPAN's main fundraising and anti-stigma campaign the Ride for AIDS Chicago. I remain an ardent supporter of TPAN's mission to see the end of HIV/AIDS. I have accomplished the goals that I set for TPAN during my tenure as CEO for the last three years and have made a decision to move forward with other career objectives as a psychotherapist and consultant in the private sector. I am very excited for the future for both myself and TPAN."

Chair of the board, Dr. Michael Dentato remarked, "We wish Bill the very best on his professional journey and thank him for his countless years of service at TPAN and on behalf of the entire HIV/AIDS community."

The Board of Directors also announced the appointed Jeff Berry to serve as Interim CEO while a nation-wide search is conducted for a replacement. Berry has been with Test Positive Aware Network (TPAN) and Positively Aware magazine since 1992, and has served as Editor and Director of Publications since April 2005. Positively Aware is the leading HIV/AIDS treatment publication in the U.S. published by a not-for-profit. Berry has written for a number of publications and websites including The Huffington Post and TheBody.com, and was a contributing author for the book "Out and Proud in Chicago." He is an active member of the Fair Pricing Coalition and the AIDS Treatment Activist's Coalition (ATAC). Berry was the first ever recipient of the TPAN Award of Excellence in 2003, and was awarded the Chicago Area HIV/AIDS Caucus (EASE) Long Term Survivor Award in 2006.

"I look forward to building upon the successes of my predecessor and good friend Bill, and I wish him the very best," said Berry. "Together in partnership with the Board and Staff I will work to continue to move the organization forward and strengthen our ties within the community to help make a difference in the lives of people living with and affected by HIV/AIDS, both here in Chicago as well as on a national level."

The press release concluded, "The Board of Directors and TPAN Staff have the utmost confidence in Berry during this transition. He is highly respected in the Chicago and national HIV/AIDS community and has the history and experience to serve TPAN well. TPAN benefits from a strong and amazingly talented staff that draw from a long history of peer and community based services. They are recognized nationally for their innovative and life-changing programs and publications."

This information was provide via a press release from TPAN