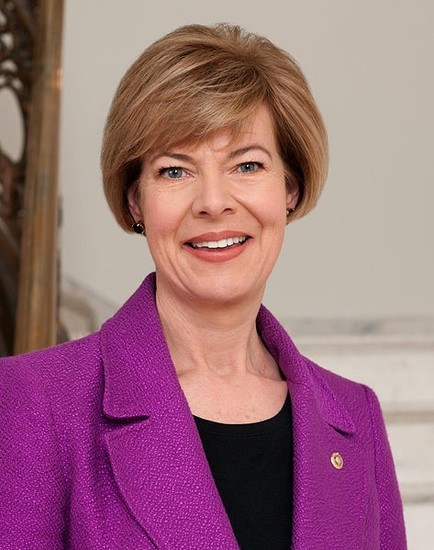 photo credit // wisconsin gazette
Washington, D.C. - U.S. Sens. Tammy Baldwin, a Democrat from Wisconsin, and Susan Collins, a Republican from Maine, have introduced a bill to extend employee benefit programs to cover the same-sex domestic partners of federal employees to the same extent as those benefits cover legally married spouses of federal employees.

The measure is titled the "Domestic Partnership Benefits and Obligations Act of 2013" and, according to a news release, it would put the federal government on par with a majority of Fortune 500 companies.

"We've made great progress for committed, same-sex couples in America, but we still have work to do to move freedom and fairness forward," Baldwin, America's first openly gay or lesbian senator, said in a statement. "This bill helps provide federal employees and their domestic partners equal access and opportunity to the benefits that businesses across our country are already providing. It's time for the federal government to lead as an equal opportunity employer and I'm proud to work across the aisle with Senator Collins to advance that leadership."