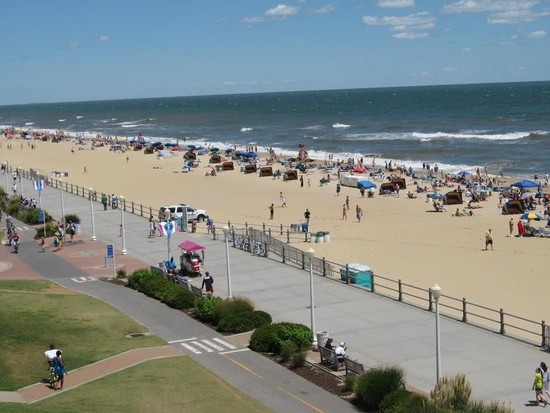 Chicago, IL - Plans to rebuild the once-glamorous Edgewater Beachwalk on the North Side of Chicago are moving forward. The Edgewater Beachwalk proposal committee is holding its first public meeting this coming Saturday, August 24, at the new Edgewater Public Library, 6000 N Broadway, from 11 a.m. to 1 p.m.

Hosting the meeting are Mory Matson, vice president of the Edgewater Historical Society and chair of the proposal committee, and Ray Wohl, who lives off of Sheridan in the El Lago building next to Berger Park with his partner, who he wed last week in Iowa.

Matson and Wohl are seeking participation and input from community members by turning the first hour of the meeting, between 11 a.m. and noon, into a designing party for families and children.

"Participants are invited to draw and sketch how they would like their lakefront boardwalk and bike path to look," a press release for the meeting reads. "Materials will be provided. All drawings will be collected and submitted to a local landscape artist for use as inspiration for initial project renderings."

The second hour of the meeting, from noon to 1 p.m., will consist of an adult debate. After Matson gives a brief summary of the proposed layout of the new lakefront infrastructure, he and Wohl will answer questions and listen to the opinions of the Edgewater residents and community members.

Matson has appeared at various community events this summer garnering signatures for his petition, which reached the 1100 mark early this month. Support is also coming from the Chicago gay community, as the proposed boardwalk and bike path runs through the traditionally gay Kelly Osterman, a.k.a. Hollywood, Beach in the Edgewater neighborhood. Chicago gay rights activist and Edgewater resident Rick Garcia has already signed the petition.

Matson and the Edgewater Beachwalk Proposal Committee hope to collect thousands of signatures to present with a petition to Aldermans Osterman and O'Connor of the 48th and 40th wards, respectively. They plan to do so in December so that the proposal can be put on the 2014 local ballot.

"There are several proposals floating around today to improve the lakefront in Edgewater," Matson told ChicagoPride.com. "Our proposal... is the happy medium between the others. It is the most cost effective, practical and... simple yet elegant of the plans."

"The Sheridan Road high rise residents so far find our plan the most favorable," he added.

Matson's proposed reconstruction, which comes in at about $4 million, begins a bit farther north and will exist in four sections over the length of a mile, connecting several parks and beaches from Hollywood Beach to the Devon Avenue Park on the Loyola Campus.

The proposed 50-foot wide pedestrian throughway will consist of a 28-foot wide concrete boardwalk, modeled after the vast concrete boardwalk of Virginia Beach, a 12-foot wide asphalt shared use two-lane bicycle path and a 10-foot landscaped median in between the two with lighting and inset rest intervals. The boardwalk will be at beach level along the beaches and exist as an elevated boardwalk along the rocky shoals further north with easy pedestrian and handicap accessibility

"A new boardwalk would reduce the traffic congestion on Sheridan Road," Matson said. "Bicyclists would have a safe and more visually appealing riding lane while pedestrians on the Sheridan sidewalks won't have to worry about getting hit by a biker [and] local businesses will benefit from the increased foot traffic."

Matson hopes to break ground in 2016, which marks the centennial of the grand old Edgewater Beach Hotel. For more information, check out our previous coverage on ChicagoPride.com and visit their website at: www.edgewaterbeachwalk.com.