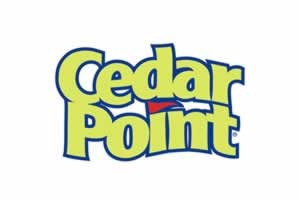 Sandusky, OH - An Ohio amusement park canceled a wedding contest that excluded gay and lesbian couples after a couple organized a protest on social media.

Couples entering Cedar Point's contest were vying to become one of the 13 couples to get married at the amusement park that sits along Lake Erie in Sandusky during the Friday the 13th opening of HalloWeekends next month.

Roller-coaster enthusiasts and engaged couple Scott Kenimond, 37, and Eric Morrison, 28, of Akron thought the event would be perfect for them.

Kenimond "was elated. He was beside himself so happy," Morrison told the Sandusky Register.

The promotion, as described on the park's blog, was also open to already married couples but not gay couples.

"Due to marriage laws in Ohio, weddings are limited to male-female couples only," the fine print read.

"It doesn't matter if it's legal or not," Morrison said. "You should be able to have a commitment ceremony. For God's sakes, you're getting married by a zombie."

The couple began a campaign on social media to change the contest's rules. The park responded by canceling the contest.

"When the promotion logistics started to take on political undertones, as indicated by several guests who gave us feedback, it was decided that now is not the best time for this event," park spokesman Bryan Edwards said in a statement. "Cedar Point does not take any official stance on political issues."