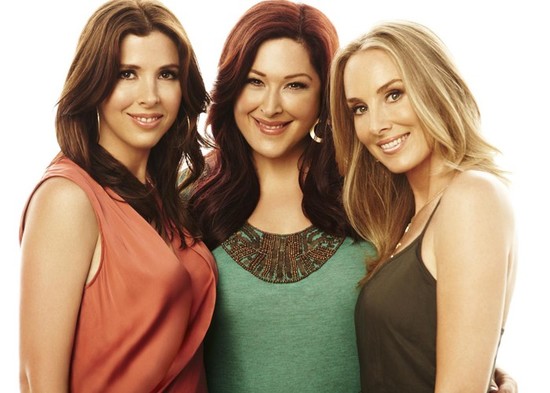 Parties by Neverland, Circuit MOM and Alegria all part of busy weekend

Chicago, IL - Among the residents of Boystown and the rest of gay Chicago there is one debate that seems to divide the masses even more the politics, religion or 5 a.m. bars on Saturday night: which is the most fun, Pride or Market Days? With a lineup including Wonder Woman Lynda Carter, 90s favorite Wilson Phillips, out country star and "all American boy" Steve Grand and a host of fantastic parties by Neverland, Circuit MOM and NYC's Alegria, it looks like Market Days is pulling ahead (now all we need is last year's weather).

The 32nd annual Market Days, presented by the Northalsted Business Alliance, takes over the six blocks of Halsted between Addison and Belmont this Saturday and Sunday, the 10th and 11th. Attracting nearly 100,000 people annually, Market Days is the Midwest's largest two-day street festival with 400 vendors offering food, goods and fun to festival goers and three stages of premium entertainment.

"We have another year of stellar entertainment," Northalsted Market Days chair Jeff Durbin told ChicagoPride.com. "Where else can you pay an $8.00 gate donation and see music legends like Wilson Phillips and Andy Bell from Erasure or TV and pop icons like David Cassidy and Kat Graham, plus America's Got Talent finalist, Branden James, superhero Lynda Carter or a dance diva like Kristine W, Kerli and K Rose. We truly have covered all the bases for Market Days 2013."

It's time to feather your hair and grab your favorite hip hugging bell bottoms for this weekend, because Market Days' entertainment lineup is bringing back the 70s! Saturday features Cherie Currie, lead singer of the 70s all-female rock band The Runaways (of which Joan Jett was the guitarist). Currie is well-known for her growling rock voice and sex appeal (she had a reputation for appearing onstage in lingerie when she was only a teenager) and for her recent career as a chainsaw-wielding wood carver. Currie is back and touring the U.S. this August, with Market Days being her Chicago stop.

The beautiful and beloved Lynda Carter, Miss World USA 1972 and the iconic hero of the 70s DC Comics TV series Wonder Woman, performs on the Roscoe Stage at 5:30 p.m. on Sunday.

"Lynda is famously known as Wonder Woman," said Durbin. "Many people don't know she is a very talented singer."

After Wonder Woman rides away in her invisible jet, follow the crowd of screaming girls to the North Stage, where David Cassidy, best known for his role as dreamy guitarist and lead-vocalist Keith on The Partridge Family, performs at 6:45 p.m.

Per usual, the weekend lineup has something for everyone and represents not only the 70s, but features favorites from the 80s, 90s and today! It's an 80s/90s showdown on Saturday night, with alternative rock band 10,000 Maniacs and 90s girl vocal group Wilson Phillips performing at the Roscoe and North Stages, respectively, at 8:30 p.m.

"You have no idea how excited I am," Carnie Wilson told GRAB magazine. "I am going to be in Chicago with my gay boys."

Performances by Chicagoans Branden James from NBC's America's Got Talent and out country star Steve Grand, whose video "All-American Boy" recently went viral, will precede Wilson Phillips on the North Stage at 8 p.m.

"I already have so many memories of Market Days," Grand told ChicagoPride.com. "I'm looking forward to making more this weekend."

With crowds of locals and visitors alike packing Halsted outside on Saturday and Sunday, the bars of Boystown will be raging inside. Last year, Minibar wowed festival goers when they transformed their facade into an exotic Asian getaway complete with lions and giant golden dragon -- this year they're taking us back instead to the worlds of Ancient Greece and Rome with a two story Greek booth featuring sexy fraternal brotherhood all weekend.

With its reputation for attracting crowds from across the country, Market Days expands out of its festival boarders in Boystown for a series of five fabulous parties held at venues across the city. Fresh from his wildly successful "Vienna Candy" party over Pride, Matthew Harvat, alias Circuit MOM, presents the latest Revolution party, "The Abyss", on Saturday night at the House of Blues. Spinning for "The Abyss" is DJ Aron Akbizer of NYC and Tel Aviv who made his Midwest debut for Harvat's "Freedom Revolution" party back in February. Per usual, Revolution party goers can expect great music, lights and go go dancers all night -- tickets can be picked up at Cram Fashion, 3331 N Broadway, or purchased online through Ticketmaster.

"We are working hard on creating the whole experience from the minute our guests hit the top of the stairs at House Of Blues to when the stage curtain opens and we reveal the set and dancers," Harvat told ChicagoPride.com. "There just may be a surprise or two along the way as well."

"You can bet I will be front and center for the street festival all day on Sunday to take part in my favorite weekend of the year in Boystown," Harvat added. "Sunday night, there is not a doubt in my mind that the masses will be headed directly to Castle -- formerly Excalibur -- to throw down with Ric Sena and his epic Alegria event."

A mainstay of New York nightlife for over a decade, Sena brought his Alegria dance series to Chicago last year on the Sunday night of Market Days to compliment Harvat's Revolution party on Saturday night. The two events were designed to match thematically (last year was superheroes) and this year will be no exception: oceanic themes all around. Alegria features DJ Abel spinning at Castle (formerly Excalibur), 632 N Dearborn, from 9 p.m. until 4 a.m. Tickets are available at www.alegriaevents.com.

In addition to their post-Alegria party, NVRLND is also throwing a fabulous pre-party in the form of a yacht dance on Lake Michigan during the day on Sunday. The 350 passenger luxury yacht with surround-sound Bose speakers begins boarding at Navy Pier at 5:30 p.m. and returns from to shore at 10. The party rages on three separate decks with music by DJ Jalil Z and guest host Carmen Carrera of "RuPaul's Drag Race."

Chicago's latest party series, NVRLND, is throwing a fabulous pre-party in the form of a yacht dance on Lake Michigan during the day on Sunday.

"It just seemed like a fabulous place to party! On a huge yacht out on Lake Michigan, with great music and views," Anthony DiFiore, the creative mind behind NVRLND, told ChicagoPride.com. "Everything our team does is about offering fresh options to Chicago, so that people can try new and exciting parties. Plus, there are so many people in town for Market Days looking for 'something to do,' that we could pull off a yacht party. I hope that people love it and that it becomes a regular thing!"

With past themes including "Purity Ball" and "Contagion," NVRLND continues its fun, quirky parties on Friday night with The Plastics Ball at EvilOlive, 1551 W. Division. Some combination of NVRLND meets Nip/Tuck vs. The Plastics of "Mean Girls," Friday night's event is all about plastic fun and cosmetic surgery. In fact, the party is making history by offering Botox injections at the party.

"I've never heard about botox at a house music party, so I'm assuming it's the first time it's been done," DiFiore told ChicagoPride.com. "Probably so, because people either love the idea or are totally freaked out by it. The truth is that it's 100% real, it's happening...and it's done in an ultra-VIP lounge that is usually reserved as a green room."

The room is well-lit, away from the dance floor and a medical doctor who runs Chicago's Concierge MedSpa will be performing the procedures. Interested parties have to sign-up in advance of the party (see their Facebook page for more information) and agree to a waiver that gives instructions on how much alcohol can be consumed before and after the procedure, etc. Justin Jedlica, the "human Ken doll," who has had over 100 plastic surgery procedures will be among those getting Botox at the party.

These are only a fraction of the events taking place over Market Days Weekend. The street festival itself runs from 11 a.m. to 10 p.m. both days and the Northalsted Business Alliance is suggesting an $8 donation at any one of the 17 entrance gates.