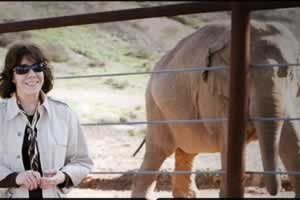 Hollywood, CA - At least a dozen openly gay actors, presenters or directors were nominated for an Emmy Award on Thursday.

Competing against Lane in the Outstanding Guest Actor in a Drama Series category is Dan Bucatinsky (Scandal).

In the Outstanding Host for a Reality or Reality-Competition Program, Cat Deeley (So You Think You Can Dance) received a nomination. Tim Gunn (Project Runway) shared a nomination in the category with co-host Heidi Klum.

Lily Tomlin received a nomination in the Outstanding Voice-Over Performance category for the HBO documentary An Apology to Elephants.

And in the Outstanding Directing for a Comedy Series category, Paris Barclay (Glee) received a nomination.

In addition, Behind the Candelabra, the HBO film on the life of pianist Liberace, and Wish Me Away, the story of singer Chely Wright's coming out, received nominations.

(Related: Jerry Weintraub "thrilled" with Behind the Candelabra's 15 Emmy nominations)