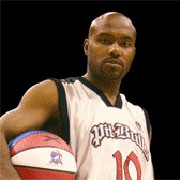 The discussion was sparked by last week's announcement that retired NBA center John Amaechi is gay. The host asked Hardaway how he would interact with a gay teammate. "You know, I hate gay people, so I let it be known. I don't like gay people and I don't like to be around gay people," he said. "I'm homophobic. I don't like it. It shouldn't be in the world or in the United States."

If he did find out that a teammate was gay, Hardaway said he would ask for the player to be removed from the team. "Something has to give," Hardaway said. "If you have 12 other ballplayers in your locker-room that's upset and can't concentrate and always worried about him in the locker-room or on the court or whatever, it's going to be hard for your teammates to win and accept him as a teammate."

Hardaway later apologized for the remarks during an interview with Fox affiliate WSVN in Miami's, Sports Director Jim Berry."Yes, I regret it. I'm sorry. I shouldn't have said I hate gay people or anything like that," he said. "That was my mistake."

Hardaway, speaking by telephone from Las Vegas, talked with Berry at length about his belief that homosexuality is wrong, explaining that he would not like to play with a gay player, and said his comments were not really that controversial. He told Berry that many players believe as he does, but don't say so out of political correctness.

Berry asked if Hardaway would feel the same way about a member of his family, if he should discover that person was gay, Hardaway answered with an abrupt "Yes."