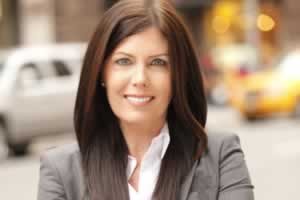 "We are the land of the free and the home of the brave, and I want to start acting like that," Kane said during a press conference held at the National Constitution Center in Philadelphia.

Openly gay Pennsylvania state Rep. Brian Sims tweeted his thanks: "Attorney General Kathleen Kane, if you were a man I'd marry you!"

Her decision likely leaves Governor Tom Corbett to defend the law. Corbett, a Republican, has previously expresses his opposition to marriage equality.

On Tuesday, the American Civil Liberties Union (ACLU) filed a lawsuit in Federal District Court in Harrisburg challenging the state's law. Kane and Corbett are listed as defendants in the suit. Plaintiffs in the case include 10 couples in long-term committed relationships plus one widow.

The ACLU also announced cases in North Carolina and Virginia.