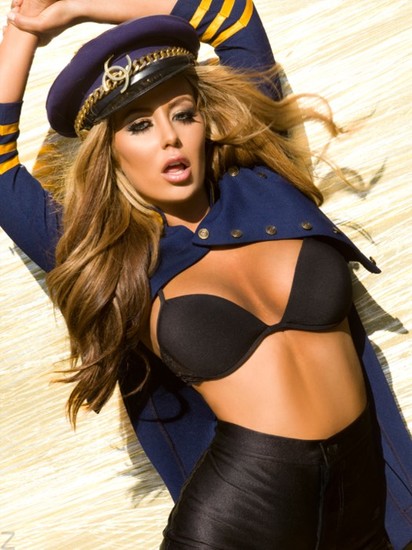 Chicago, IL - You've been waiting all year long, so break out the glitter, grab a rainbow boa and your shortest short shorts and get ready for out of town friends to fight for a spot on your sofa. That's right, the Gay High Holy Days have arrived: Pride is finally here!

This weekend marks the 11th year for Boystown's Pride Fest street festival, hosted by the Northalsted Business Alliance, and the first time it's being held a week before the annual Chicago Pride Parade, which is slated for Sun., June 30. Pride Fest takes place Sat., June 22 and Sun., June 23 along Halsted St. between Addison and Grace and features two main stages of entertainment at the north and south ends of the festival as well as a special DJ stage on Waveland and the accouterment of vendors, food and drink expected at Chicago summer street fairs.

Pride Fest was traditionally held the Friday and Saturday prior to Sunday's parade, which last year attracted more than 850,000 people to Boystown. Organizers, like Hydrate general manager Sean Kowta, believe the creation of a "Pride Week" will help alleviate congestion in the neighborhood as well as draw more visitors to the fest, which averages about 50,000 per year.

This year's Pride Fest will feature many of the favorite acts that seasoned veterans of the event have seen before: sets by cover bands like Sixteen Candles and Rod Tuffcurls on Sunday night, performances by local favorites like the Chicago Gay Men's Chorus and the Chicago Spirit Brigade (on Saturday and Sunday, respectively) and the annual Pet Pride Parade at 1 p.m. on Sunday (registration starts at noon), hosted by the incomparable Miss Foozie.

This year's schedule also features a plethora of entertainment on the main stages at the north and south ends of the festival. The South Stage features a selection of local talent, including some of Chicago's popular cover bands and cabaret favorites Amy Armstrong and Freddy Allen. The North stage features more special headliners, including many dance and R&B favorites, interspersed with Eve's Parlor Cabaret burlesque show on the half hour from 3:30-6:30 Saturday and 2:30-6:30 Sunday. A complete Chicago Pride Fest schedule can be can be found on CalendarQ at http://chicagopride.gopride.com.

On Saturday, the North Stage sees Aubrey O'Day of Danity Kane and Jessica Sutta of the Pussycat Dolls performing in the afternoon and a special live performance by XELLE (pronounced XL). XELLE is a unique mega pop girl group consisting of two women and a drag queen mixing the pop sounds of ABBA and the Spice Girls with the dance beats of Madonna and Britney Spears. Also performing are R&B star Blu Cantrell and female rapper/singer Dev.

"I think we appealed to all ages with the main stage entertainment," said Kotwa. "Making sure that we have an exciting talent line-up is one of my top priorities. We want to make sure we're booking relevant artists as well as some of the classic favorites. Aubrey O'Day has received some very good national attention this year with the possible re-uniting of Danity Kane. We brought back some of the most popular dance divas, such as Inaya Day and The Ladies of Livin Joy, that have been festival favorites for years."

A third stage set up along Waveland will feature dance music pumped out by some of Chicago's favorite DJs all day long. On Saturday the popular Boystown bar Scarlet is taking over the stage and featuring five of their favorites, including DJ Luna and the Captains of Industry.

Pride Fest isn't the only place to catch some awesome music acts from out of town this weekend. Friday night at Roscoe's features Ana Matronic of the Scissor Sisters live on the dance floor. For a $5 cover (free if you come before 10 p.m.) you will even hear a live performance of the band's recent hit "Let's Have a Kiki," which, for those living under a rock, has become something of a recent anthem in the scene.

In honor of Pride, Scarlet is throwing an anything goes-style Be Whoever You Want To Be party on Friday night, the same night as Sidetrack's Pride Fest Kick-Off party and Berlin's Cosmix Pride Fest Weekend Kick-Off Party, which is an ode to Grace Jones and Keith Haring. On Saturday, Hydrate is hosting Lifesaver, a nautical and candy themed event ("who doesn't like a little sweetness with a little mouth to mouth?" the promo poster asks) produced by Skin Productions. With all this plus the opening of the new Progress Bar in the old Cocktail space, Spin's annual shower contest and Brunch Gone Wild at Minibar, we can bet that Boystown will be packed this weekend from morning to...the wee hours of the morning the next day.

Speaking of next day: Northalsted Business Alliance is hosting their annual Post-Pride Fest Six Flags Great America trip on Mon., June 24, between the two weekends of festivities. A $59 ticket includes a round-trip charter bus from Hydrate with a continental breakfast and complimentary cocktails. The bus departs Hydrate at 10 a.m. and leaves Six Flags at 7 p.m. that night -- tickets can be purchased here.

Pride Fest opens at 11 a.m. both days, closing at 10 p.m. on Saturday and 9 p.m. on Sunday. More information about these and other Pride events in Chicago can be found on CalendarQ at http://chicagopride.gopride.com.