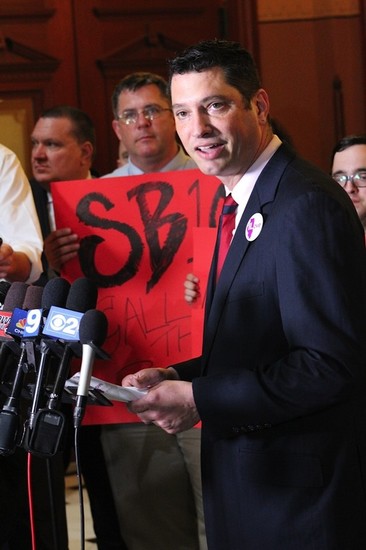 After a recess was called during an especially heavy day of legislation, rumors began to swell throughout the statehouse that a vote may not be called after all. During a Thursday afternoon press conference, James Bennett of Lambda Legal, flanked by numerous supporters of the legislation, read a statement calling upon the House to call a vote.

"We have less than 32 hours for lawmakers to keep their promise to call the bill," said Bennett. "There are thousands—thousands—of Illinois families around the state who are denied dignity, vital protections and equality every single day. We need the freedom to marry and we need it now."

Bennett is calling upon couples to offer testimony as to how they will be impacted by SB10.