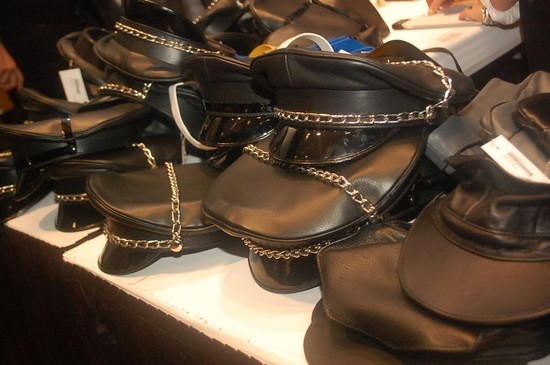 photo credit // anthony meade
Chicago, IL - Contestants from across the U.S. and around the world will compete for the title of International Mr. Leather 2012, Sunday, May 26, in Chicago.

The 35th Annual International Mr. Leather Contest begins at 6 p.m. (door open at 5 p.m.) at The Harris Theatre, 205 E. Randolph, and will be emceed by Lenny Broberg, a proud, openly-gay San Francisco Police Officer and internationally recognized leather personality. Beverly McClellan, who made the final four on NBC's The Voice, will provide entertainment.

Each finalist will be judged on a variety of criteria including community involvement, speech, presentation and overall presence.

After the contest comes the IML Victory Party at the House of Blues, 329 N. Dearborn, where International DJ and remixer Dani Toro of Barcelona makes his Chicago debut. (ChicagoPride.com interview with DJ Dani Toro)

(View photos from the 2012 Victory Party)

(View photos from the 2012 Black and Blue Ball)

IML began in 1979 when about 400 gay leathermen gathered in Chicago. Today, the event has grown to be an annual tradition for the leather community drawing contestants and thousands of attendees to the Windy City over Memorial Day Weekend. Once an event for "hardcore" leathermen, IML has expanded in recent years to include a more diverse crowd from the experience to the curious.