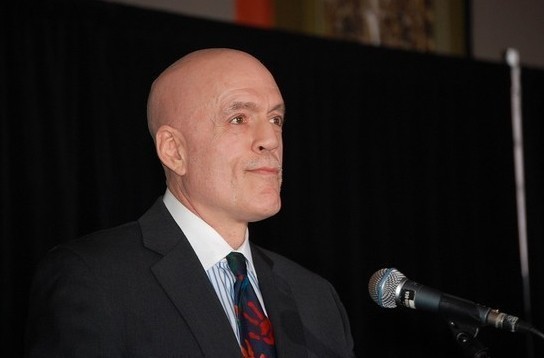 Harris: 'Every hour and every day, people are realizing that this is the right thing to do.'

Springfield, IL - The Illinois House has just over two weeks to vote on SB10, or the Religious Freedom and Marriage Act, or the legislation is in danger of dying. If a vote does not take place by May 31, the end of the current session, supporters of the bill will essentially have to start from scratch.

Members of the activist coalition lobbying on behalf of SB10 said they are confident their work has proceeded as far as it can go, but the bill's supporters in the House say they're still trying to shore up more support from legislators.

"We're in a place where we feel we've done as much as we can do, said James Bennett, Midwest Regional Director for Lambda Legal, who has been lobbying for the legislation. "We've made phone calls, people have visited—we're comfortable that we've done our part."

Bernard Cherkasov, CEO of Equality Illinois, said he "did not want to imagine" what would happen should the bill be allowed to languish. The Coalition has "done what it's supposed to do with this, so we would not want to be back to ground zero."

But Cherkasov said he was confident that Illinois would share in some of the momentum from marriage equality victories the LGBT community has enjoyed in Rhode Island, Delaware and Minnesota. "The truth is, those victories came about from momentum contributed from what we are building in Illinois, and our victory will come from momentum from those states—there is national momentum on this issue."

A vote is unlikely this week—Friday is a "getaway" day for legislators, and major legislation is rarely decided on those days. The bill's sponsor, Rep. Greg Harris (D-Chicago) would not disclose the current tally of votes. Unofficial counts have fluctuated since March, but sources indicate a recent tally had the measure just within the 60 necessary number of votes.

"When it goes up on the board, it will go up with the necessary number of votes," Harris told ChicagoPride.com Thursday.

Steve Brown, spokesman for House Speaker Michael Madigan, who has been a vocal supporter of the legislation, said the date of the vote is Harris' decision. "When he is confident the votes have been secured, he will let the Speaker know," Brown said. "The Speaker wants to see this happen."

Though he was not giving away any details about when the vote was pending, Harris said he was confident of passage. "Every hour and every day, people are realizing that this is the right thing to do," Harris said. "I think people are searching their souls, especially after what happened in Rhode Island, Delaware and Minnesota."