Gay Marriage: Next up Illinois 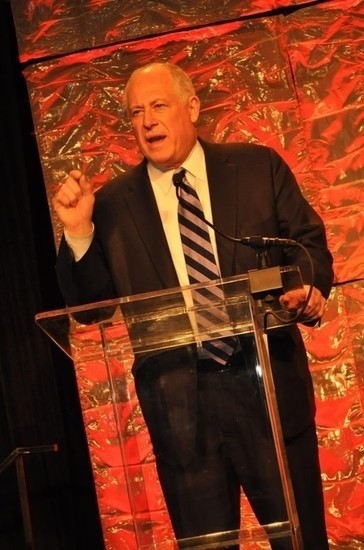 Springfield, IL - After a hectic 10 days in which 3 states legalized gay marriage, expect the focus to turn to Illinois.

On Tuesday, Minnesota joined Rhode Island and Delaware to make it an even dozen states, plus the District of Columbia, to ratify proposals allowing gay and lesbian couples to wed.

In Minnesota, the proposed bill appeared to stall following nods in the House and Senate in March. The logjam appeared to be in the House, where it had received no GOP support. Without Republicans, Democrats had few votes to spare. In the end, four Republicans joined all but two Democrats to get the bill over the finish line.

"What a day for Minnesota!" Governor Mark Dayton, a Democrat, told an estimated crowd of 6,000 who attended the bill's signing ceremony. "And what a difference a year and an election can make in our state."

A similar bill in Illinois has the backing of Democratic Governor Pat Quinn and has cleared the Senate.

"It's time to vote," Quinn said last week. "Illinois passing marriage equality into law, I think, sends a great signal to the people of our state and the people of America. So it's important to Illinois [that] the House of Representatives get going."

The bill's champion in the House, Democratic Representative Greg Harris, who shepherded the state's civil unions bill through the chamber two years ago, has said that he won't call a vote until he's certain he has the votes.

"[W]hen we put it up on the board, we're going to have 60 votes and it's going to pass because this is what the majority of the people in the state of Illinois believe [is] the right thing to do," Harris said.

On Tuesday, Illinois Unites for Marriage, the coalition of groups lobbying for passage of the marriage bill, called on lawmakers to act.

"I am thrilled that another state has chosen to recognize that marriage is about a commitment two people share, no matter who they are," said Bernard Cherkosov, CEO of Equality Illinois, a coalition member. "Illinois looks forward to soon join the Midwest consensus for equal marriage."

"Somewhere in the Illinois House, we believe, there are at least five members who have yet to say it out loud but know in their gut that gay people have the right to get married ... Who will step up to be on the right side of history?"

With less than 2 weeks left in the legislative session, expect The Calls to only get louder.