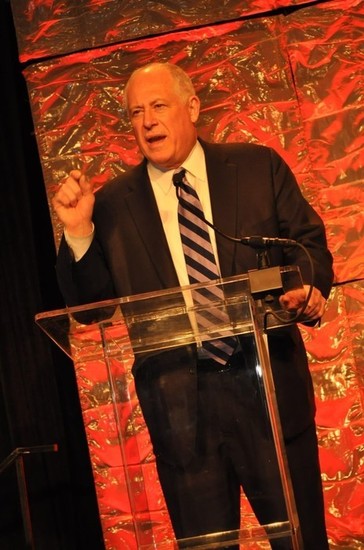 In an exclusive interview with the Times, Quinn discussed his approach when meeting with lawmakers and said that he wants the House to pass the bill by the end of May when the spring session ends.

"This is an epic, epic victory if we can win it," he said. "It will send a very clear message to other states in the Midwest and in our country."

The Governor said he believes they are approaching the 60 votes necessary to pass the measure - perhaps this week.

"I feel there's a very strong majority of people in Illinois in favor of marriage equality, more than ever," he said. "We've got to convert that majority of the public into majority in the House of Representatives representing the public."

Quinn also reiterated his support for the bill and discussed possible scenarios for a signing ceremony.

"We'll have to find a meaningful way to send that message to all of those who worked so hard that our democracy listens to the people," he said.

SB10 passed the House Executive Committee in a narrow 6-5 vote Feb. 26, and the full state Senate Feb. 14. A full House vote is the final hurdle before the measure reaches Quinn's desk.

"It really is an inspiring moment for our democracy that people can ban together for a cause they believe in and carry the day to win an important passage of a law that will last long after we've left this earth," commented Quinn. "But we've got to get the job done."