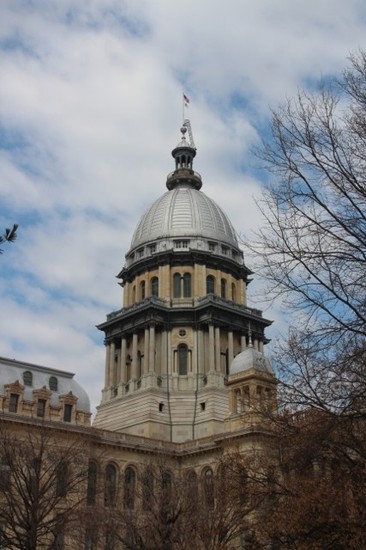 Springfield, IL - With gay marriage receiving a record amount of support across the country, marriage activists continue to look to Springfield, where legislators will likely soon determine the fate of the Religious Freedom and Marriage Fairness Act, which, if passed, would make Illinois the 10th state in the union allowing its gay and lesbian citizens to marry.

A number of high­profile supporters have been communicating with lawmakers on the bill's behalf. President Obama's Organizing for Action project notified its supporters Tuesday that it would be partnering with Illinois Unites for Marriage, which is a joint project by Equality Illinois, Lambda Legal and ACLU Illinois.

"Like President Obama said last year, he believes that marriage equality is a question of fairness—of treating others the way you want to be treated," according to Organizing for Action's letter. "Right now, his home state is just one step away from becoming the 10th state in the nation to approve same­sex marriage—and making sure that gay and lesbian families in Illinois are treated equally in the eyes of the law."

The bill's sponsors continue to remain tight-lipped as to when the legislation will come up for a vote. Some advocates hope it can happen this week; others think it won't be until after the House returns from its spring recess on April 8.

Jim Bennett, regional dir. of Lambda Legal, which has been lobbying of the bill's behalf, told ChicagoPride.com that the House was most likely just moving legislation out of committees this week.

"If it is this week I would be surprised," Bennett said. "But it still could happen—I certainly hope it does."

He said he remains positive about the legislation's chances for passage.

"Last week we met with some Republican legislators who had asked to meet with some of the families speaking on the bill's behalf," said Bennett. "It was surprising to have someone reach out like that when we were not really counting on their support."

Bennett added, "If most of the Republicans were voting their own personal beliefs, this would pass overwhelmingly."

"The majority of Illinoisans want this, and the legislators know their constituents want it," Equality Illinois CEO Bernard Cherkasov told ChicagoPride.com last week.

Sixty votes are needed for passage. Rep. Greg Harris (D-Chicago), the bill's sponsor, has refused to publicly announce when it might take place. He told Chicago Sun-Times March 4, "When I call this for a vote, it will pass."

The legislation passed the House Executive Committee in a narrow 6-5 vote Feb. 26, and the full state Senate Feb. 14. A House vote had been expected last week, but did not take place.

How Illinois lawmakers stack up on marriage equality
Based on lawmakers' comments, history, questionnaire answers and media statements, Windy City Times has generated a complete list of how House members are indicating they'll vote.

On the Web: Find your representative