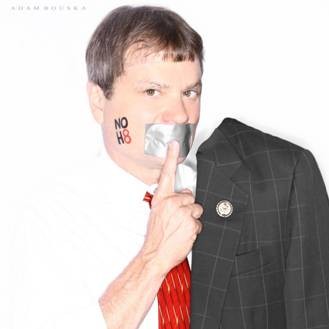 "For many years, we have fought together for what we believed was in the best interests of our districts, our state and our country... .Illinois will be stronger when we allow all loving and committed couples the chance to care for and protect one another through marriage... .Most Illinoisans believe we should not impose second-class status on one group of citizens – and they believe that government should treat all families with equity, fairness and respect... .Please join us in being on the right side of history – and vote to include all Illinoisans in the freedom to marry," said Quigley in the letter.

The Religious Freedom and Marriage Fairness Act was passed by the Illinois Senate in February. The measure passed out of a House Executive Committee on Feb. 26. and now awaits a full House vote, which is the final hurdle before it reaches Gov. Pat Quinn's desk to be signed into law.

Democrats hold a large majority in the House, but not all Democrats support marriage equality. State Rep. Greg Harris (D-Chicago), the sponsor of the bill, will not call for a House vote until he has secured the 60 votes needed to pass the legislation.