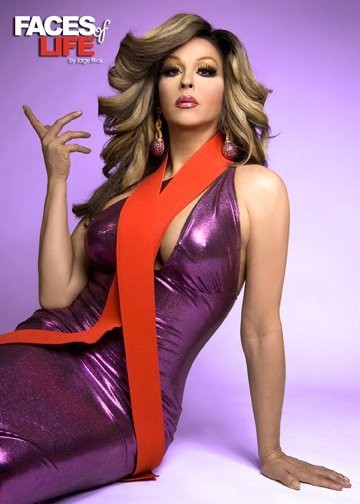 Chicago, IL - Entertainer and pageant legend Erica Andrews passed away on March 11 in Chicago after a battle with a lung infection. She was lovingly referred to as "the most beautiful drag queen in captivity," according to the Windy City Times.

She appeared on Tyra, The Maury Povich Show, the camp-horror flick Ticked-Off Trannies With Knives and the 2006 Showtime documentary Trantasia.

The outpouring was immediate on Twitter and Facebook, where a tribute page quickly gained thousands of likes.

"I am very saddened about Erica Andrews. What a true talent, this is a huge loss," wrote performer Mimi Imfurst.

Andrews was born in Nuevo Laredo, Mexico. She had recently moved from San Antonio, Texas, to Terre Haute, Ind., to be with her significant other, according to the Windy City Times.