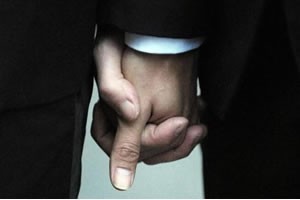 The Quad Cities Times on Sunday called on Illinois House lawmakers - in particular socially conservative Democrats - to follow in the footsteps of the Senate and approve a gay marriage bill.

In a published op-ed piece titled Gay marriage is right for Illinois, the Times, which serves Davenport and Bettendorf in Iowa and Rock Island, Moline, and East Moline in Illinois, wrote:

"Illinois is in the final stretch down a gay marriage path already charted in nine other states.

"But the bill faces a different obstacle than it has elsewhere. In Illinois' Democrat-dominated legislature, it will be socially conservative Democrats who stand in the way.

"The bill already survived a minority of conservative Illinois Republican lawmakers making an Alamo-like last stand to defend a position most Illinoisans have abandoned."

The editors noted that several House Democrats could hold up passage of the bill.

"Democrats hold 71 of the 118 seats in the House. So, Illinois gay marriage advocates should be celebrating.

Democratic Gov. Pat Quinn, told the paper, "There's still persuasion to do in the House."

"The party labels might be different in Illinois' gay marriage debate, but the issue is exactly the same: A handful of lawmakers wants to use Illinois law to impose their faith choices on others," continued the editorial.

"Which law-abiding groups do they purposely want to exclude under state law?

"Any answer but "none" would be awful."