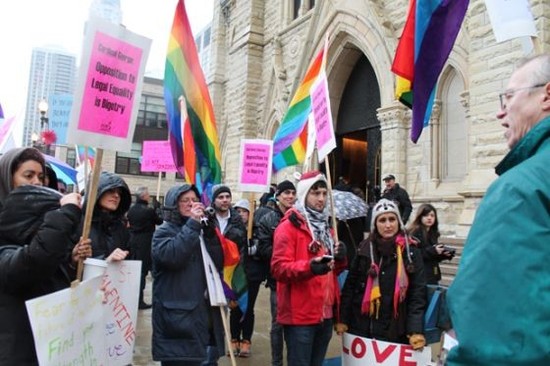 According to the Windy City Times, more than 20 attended the annual Valentine's Day protest organized by the Gay Liberation Network (GLN).

GLN said the protest was against George's political lobby against LGBT rights in Springfield, not his religious beliefs.