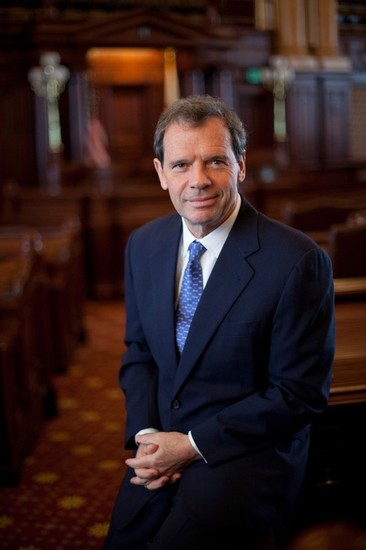 "I'd like to pass it out of committee next week and pass it on Valentine's Day," Senate President John Cullerton (D-Chicago) told the Chicago Sun-Times Editorial Board on Thursday.

Steans, who is currently working with religious leaders to address concerns raised in the bill, said she is optimistic about the bill's prospects in the upcoming legislative session, which begins February 5.

Cullerton told the Sun-Times that he believes the legislation has the necessary 30 votes to pass and move to the House. On Monday during a speech at the City Club of Chicago Cullerton said the timing is right.

"I believe that the Senate president would not have announced a timeline on the bill if he did not think it had the votes to pass," Equality Illinois CEO Bernard Cherkasov told the Windy City Times.

Cherkasov told the paper that Equality Illinois (EQIL) and Illinois Unites for Marriage, a coalition of gay rights groups headed by EQIL, Lambda Legal and the ACLU of Illinois, have added staff dedicated solely to the marriage campaign.

If Illinois approves gay marriage nearly twenty percent of the U.S. population will live in states recognizing marriage equality, according to the Human Rights Campaign.

Gov. Quinn on Illinois marriage equality: 'It's going to happen'

Rahm Emanuel signs petition for freedom to marry in Illinois

Illinois business leaders come out in support of marriage equality