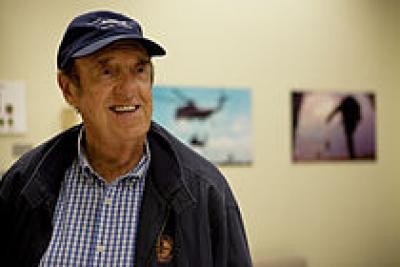 Hawaii News Now reported Nabors, 82, and his longtime partner Stan Cadwallader, 64, traveled from their Honolulu home to Seattle, Washington to be married Jan. 15.

Residents of Hawaii, the couple were married at the Fairmont Olympic Hotel in Seattle, where gay marriage became legal in December.

"We've been together for 38 years, and I'm not ashamed of people knowing, it's just that it was such a personal thing, I didn't tell anybody," Nabors said "I'm very happy that I've had a partner of 38 years, and I feel very blessed. And, what can I tell you, I'm just very happy."

Nabors, who has never publicly come out gay, said he has no plans to get involved in the gay marriage debate.

"I'm not a debater. And everybody has their own opinion about this and actually I'm not an activist so I've never gotten involved in any of this," Nabors said.