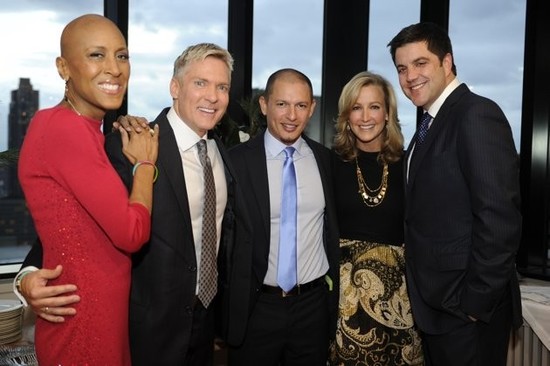 Champion married surrounded by members of his GMA family, including Robin Roberts, Lara Spencer and Josh Elliott. Roberts read a poem by Elizabeth Barrett Browning. Robierb's mother and sister attended the ceremony via Skype from Brazil.

"The whole family is at the house right now, so I should be able to walk in and have everything [done]," Champion said on GMA before tying the knot.

Previous to announcing his engagement in October, Champion had not previously publicly discussed his sexual orientation. He's the first co-host of a network morning television show to come out gay and the first to marry a member of the same sex.

The couple will celebrate their nuptials at a New Year's Eve party in Miami.