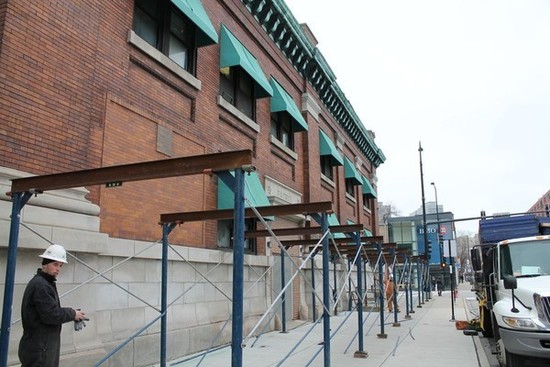 "This is historic for the city of Chicago and the entire Midwest," 44th Ward Alderman Tom Tunney told ChicagoPride.com. "This facility will be one of the first in the nation and it is dedicated to meeting the needs of the LGBT community."

Emily Blum, Director of Communications for the Heartland Alliance, told the Lakeview Patch that they plan to hold an official groundbreaking ceremony in the future. The initial work is an effort to save the historic facade and is just the first step in what will be a long transformation of the building into the housing facility, which is expected to open in late Spring of 2014.

The housing has been a dream of Ald. Tunney, who was instrumental in winning approval for the $21 million project. The Chicago Housing Authority's Board of Commissioners voted in favor on Sept. 18.

"This will be a destination where our seniors can have a safe and accepting environment to live their lives with pride and confidence," said Tunney.

The project will be second only to Los Angeles' Triangle Place that offers similar services.