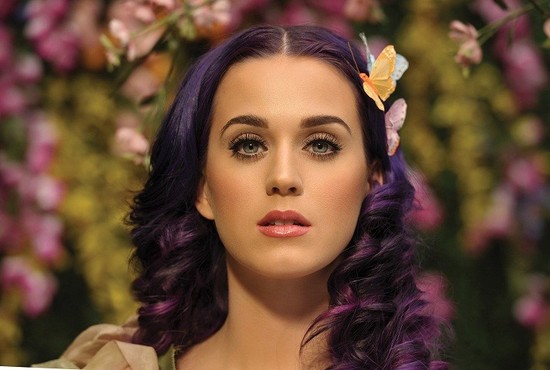 photo credit // thetrevorproject.org
Los Angeles, CA - Katy Perry was presented with the Trevor Hero Award during a ceremony on Sunday at the Hollywood Palladium, where she turned the spotlight on the organization's volunteers.

"The real heroes are the folks... at The Call centers. (They're) incredibly inspiring," Perry told the crowd as she opened her acceptance speech during "Trevor Live," an annual benefit for the nonprofit LGBT youth suicide prevention organization.

The 28-year-old superstar received the award "for empowering youth and increasing visibility and understanding of the LGBTQ community."

Perry noted that the LGBTQ community is "intricately woven" in her everyday life, but she admitted to growing up in an "intolerant environment" with her parents Keith and Mary Hudson, who are Christian evangelists.

"For a long time, I was told that people, who are lesbian, gay, bisexual, transgender or questioning were an abomination," said Perry. "As I've grown up, I've freed myself from the mindset."

The evening raised $15,000 for the Trevor Project, which works with LGBT youth to prevent suicide by offering support over the telephone and online, and featured performances from Kristin Chenoweth, Darren Criss, Matthew Morrison, Andrew Rannells and Barrett Foa.

View photos from the event on The Trevor Project's Facebook page:
http://www.facebook.com/thetrevorproject