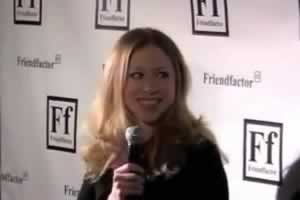 Chelsea Clinton appearing in an ad endorsing Referendum 74 in Washington state was blocked from being used by NBC News.

Passage of the ballot initiative allows a gay marriage law approved by lawmakers to take effect on December 6.

According to BuzzFeed.com, Clinton starred in a video supporting Referendum 74, as well as a second broader video in which she endorsed marriage equality. The second video supposedly was intended to shore up efforts in three other states where the issue was on the ballot: Maine, Maryland and Minnesota.

The campaign was "scuttled" by NBC, Clinton's employer, an anonymous source is quoted as saying. A previous The New York Post story cited Clinton's NBC News contract as preventing her from campaigning for President Barack Obama's reelection campaign.