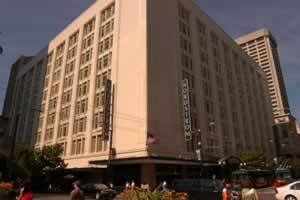 In an email to its 56,000 nationwide employees, the Seattle-based fashion retailer noted that it has offered partner benefits to employees since 1998.

"We gave thoughtful consideration and felt the time was right to come out in support of this civil rights issue. It is our belief that our gay and lesbian employees are entitled to the same rights and protections marriage provides under the law as our other employees. We also believe supporting freedom to marry will help us create a more attractive and inclusive workplace for our current and prospective employees. Again – this decision is consistent with our long-time philosophy of inclusivity and equality for our customers and employees."

Washington United for Marriage, the coalition of groups working to approve Referendum 74, cheered the news.

"We are so honored to have one of the most iconic brands in retail across the country support freedom to marry and is yet another Washington-based company that understand the importance of our efforts to approve Referendum 74," said Zach Silk, campaign manager for the group. "Their position on this subject aligns with their commitment to inclusivity – and at the heart of it, freedom to marry is about equality for everyone."