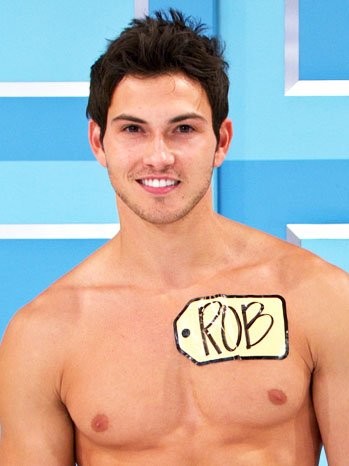 Los Angeles, CA - Rob Wilson was named the first-ever male model for The Price is Right, besting hundreds of other hopefuls including hometown favorite Ronnie Kroell.

Producers held a casting call last month in Los Angeles where Wilson and Kroell made it into the top 25 to compete to become the first male model in the game show's 40 year history.

"The simple fact that The Price is Right would select me to potentially represent their brand is a sign that times are changing," Kroell told ChicagoPride.com. "It truly is exciting to think that as a society we are finally moving in a direction of embracing and celebrating our diversity."

Kroell grew up in Chicago and Morton Grove, Illinois. The 29-year-old was a finalist from season one of Bravo's Make Me a Supermodel and cover model for the June 2011 issue of Playgirl magazine.

Wilson, a 24-year-old Boston native turned L.A. model and actor, was one of three finalists. Fans then voted online from Sept. 28-Oct. 4 for their choice. Wilson will begin his one-week stint on The Price is Right, Monday, Oct. 15.

Up next for Kroell is the premier of Scrooge & Marley, where he portrays the Ghost of Christmas Past. He was recently in Chicago to help raise funds for Friend, a heart-warming story of coming out and gender identity.