After five years, Center on Halsted draws up a "new roadmap" 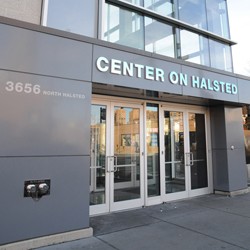 Chicago, IL - Just months after celebrating its fifth anniversary, Center on Halsted has unveiled new organizational mission and vision statements it says will guide the Boystown-based facility through the next several years.

"We had a strategic plan for five years, from after we opened the Center, and that served us well," said Modesto ‘Tico' Valle, COH's executive director. "That plan concluded in December, and we started a new process with a new vision for strategic priorities that was wrapped up in May of this year."

Valle said that the new statements stemmed from conversations with visitors to the Center as well as various community members. "We gathered information from patrons, non-users, neighbors, donors, board members and staff—a lot of people with interests in the Center (as well as) people not aware of what the Center has to offer," he added.

Many community members were satisfied with the Center's work, according to Valle, but feedback suggested the Center's priorities needed to shift. "There was a lot of agreement about what the next chapters should be about... so we began to work on what was kind of a new roadmap for the future."

Many comments suggested that the Center was not being robust enough in its outreach to all age brackets in the LGBT population, Valle said.

Valle admitted some respondents felt that none of the Center's programming "spoke" to them, and that it existed mainly to offer social services. "They felt we should continue to do that work, but that we should build upon that by continuing to offer programming," he said. As such, the Center plans on expanding cultural programming such as concerts and art exhibitions.

Valle said that the Center also will be the site for "activist salons," which will likely be informal and occur when a hot topic has captured the attention of the community.

He cited the gay community's response to the AIDS epidemic as an antecedent to what he hopes the conversations might inspire. "In the early days of the AIDS epidemic, people would come together to take care of their neighbors, even if they didn't know one another."

"Our mission is very intentional in promoting that idea of ‘community' so prominently," Valle said.

Another significant shift is that queer-identified community members will now be acknowledged in the Center's vision and mission statements, which now address Chicago's "LGBTQ" community.

Valle said that that choice was the subject of some debate. There were some community members who still regarded the term as derogatory, while others viewed the word as offering an empowering perspective on difference. But Valle and others thought it was important to reach out to individuals who might identify as queer.

"We hope that it's reaching a younger generation, and also that it's reaching individuals that don't identify with ‘LGBT' and don't want to be forced into norms or conformity," he said. "We want to respect that and acknowledge that identity." He added the Center had already offered some programming about queer identity already.

Another demographic the Center wants to better reach are LGBTQs outside the North Side, Valle said. The statement indicates that the Center's resources will be focused on all of the metropolitan region. However, if the Center extends its reach beyond the borders of Boystown, it runs the risk of duplicating advocacy efforts already made by other organizations. But Valle said the Center will explore opportunities to partner with organizations so there will likely be little overlap of efforts and resources.

"The important part is that we do this work with other organizations so that we're not in a silo, so that we build those partnerships, not only on the North Side, but throughout the city," Valle added. "Resources are limited—the Center is out of space, and the need (for services and programming) is great, so it's important that we complement the work of others."

He added that the Center was looking at programming opportunities on the South and West Sides, "so that we can reach the 250,000 LGBTQs in the Chicagoland region."

SIDEBAR: Center on Halsted reaches out to all of Chicago

Center on Halsted has revised its organizational mission and vision statements, and outlined four strategies to better serve the LGBTQ community in the region. According to Exec. Dir. Modesto ‘Tico' Valle, the changes are as follows:

New organization mission: Center on Halsted advances community and secures the health and well-being of the LGBTQ people of Chicagoland.

Four key strategic priorities to build and grow on in the next three years:
1) Advance our impact through advocacy and public policy
2) Ensure health and well-being through life span offerings (meaning programs and services for all ages, especially targeting those between youth and seniors)
3) Extend the geographic reach of and access to Center on Halsted
4) Promote the visibility and relevance of Center offerings in Chicagoland's LGBTQ community.