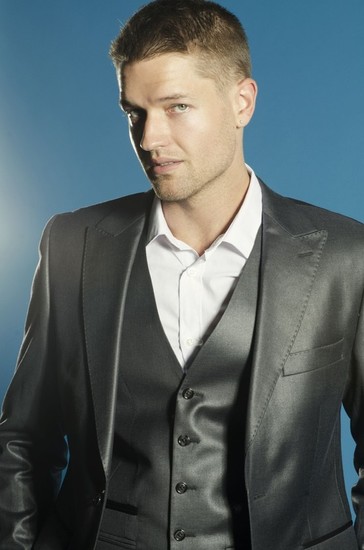 Los Angeles, CA - The Price is Right is hiring its first male model this fall - a milestone for the long-running CBS game show - and a hometown favorite could become part of television history.

For the first time in the game show's 40 year history, the search is on for a male model to join Amber Lancaster, Gwendolyn Osborne, Manuela Arbelaez, and Rachel Reynolds as showcase models.

Producers held a casting call last week in Los Angeles and Chicago native Ronnie Kroell made it into the top 25 to compete to be the first male model.

"I haven't been in a competition like this since Make Me a Supermodel in 2008, but I'm hoping that experience will be to my advantage in this contest," Kroell said.

Kroell, who grew up in Chicago and Morton Grove, Illinois, was a finalist from season one of Bravo's Make Me a Supermodel and cover model for the June 2011 issue of Playgirl magazine.

The 29-year-old told ChicagoPride.com that Playgirl does not define him as an artist.

"Letting Playgirl define my artistic career would be like me saying that my being gay was the only thing that made me who I am as a person," he said. "I look back on all of my projects with a sense of pride and accomplishment. I trust that the judges and America will see the bigger picture with an open mind."

After appearing on Supermodel, Kroell moved to New York City where he found success as a model and actor. He has since relocated to Los Angeles, but recently returned to Chicago for a role in Scrooge and Marley, a new gay adaptation of Dickens' classic holiday tale shot in the Windy City. Kroell continues to participate in a number of philanthropic ventures.

"Being the first male model for The Price is Right would be a dream come true because of my personal childhood connection to the show," Kroell said as he recalled watching the game show as a kid with his grandmother. "It would also be an opportunity to gain valuable national exposure for the causes that are close to my heart - with a focus on equality for all."

The complete list of finalists will be revealed on the show's Sept. 28 episode. Viewers can then vote online Sept. 28 through Oct. 4, and the winner will begin his week-long stint on the show on Oct. 15.