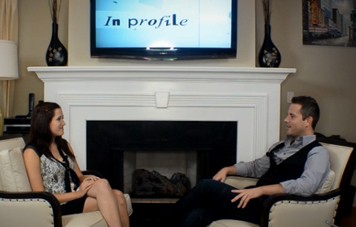 Chicago, IL - Kayla Wingert came out as a lesbian at the age of sixteen. Ever since, she has fought to promote anti-bullying efforts and support of the LGBTQ community throughout her predominately conservative neighborhood and her Catholic high school.

Although her school administration turned down her proposal for a LGBTQ support group, Kayla continued to work towards progress in her school community. She successfully ran two workshops for students on acceptance and tolerance of LGBTQ people. She was also asked by the administration of her high school to host a mandatory workshop for all staff and faculty about incorporating LGBTQ students more fully into the classroom. Because of Kayla's persistence, the administration at her school reached out to other Catholic schools about how to create safer environments for LGBTQ students.

Kayla's parents have been incredibly supportive throughout her endeavors, but they lack the financial means to support her continued education. Unwilling to give up on her dreams, Kayla applied for and became a Point Foundation Scholar, which will allow her to attend Johnson and Wales University in Providence, Rhode Island as of fall 2012, majoring in Sports/Entertainment/Event Management. Kayla dreams of working as an event coordinator for a nonprofit organization that serves the LGBTQ community.