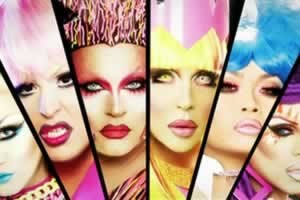 Jujubee, Latrice Royale and Manila Luzon are among the 12 drag queens returning for RuPaul's All Stars Drag Race.

Fans of the reality show reviewed all 46 previous contestants on Facebook and voted for their favorite.

The winners were revealed in a video released on Monday.

"The ultimate battle has begun," RuPaul said in the 1-minute video. "Sister against sister. Squirrelfriend against squirrelfriend. Your favorites return, to determine who will be crowned queen of all queens."

"Silence. Bring back my girls. My best girls," RuPaul said before announcing the cast.