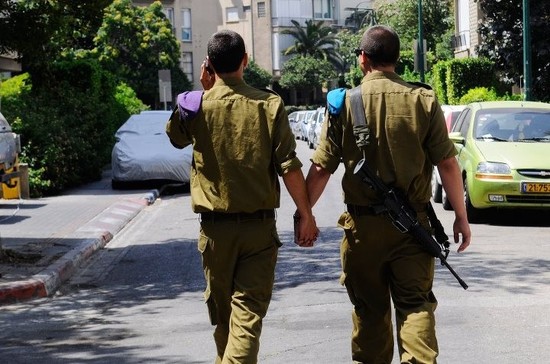 "It's Pride Month. Did you know that the IDF treats all of its soldiers equally? Let's see how many shares you can get for this photo," the caption read. More than 5,000 people have "liked" the photo.

And although Israel was one of the first countries to abolish restrictions on openly gay soldiers, 45 percent of respondents said homophobic remarks are very frequent.