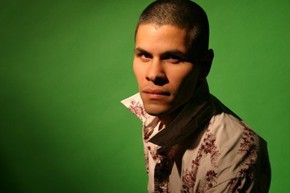 On Saturday, March 26, DJ Eddie Elias from New York City will be making his Chicago debut at Hydrate! (Event Details)

DJ Eddie Elias has been named by industry insiders as “one to look out for” among the new crop of talented mixmasters vying for the title of the circuit’s next top DJ. In just a few years, he’s managed to land a number of highly sought after gigs; most notably, the coveted residency at NYC’s “Alegria” party.

Born in The Dominican Republic, and raised in New Jersey, Eddie Elias’ introduction to house music was, in his own words, love at first sound. “There was something about the formation of beats and the overwhelming feeling it gave me to move my legs and start dancing,” he says. “Years later, when I finally walked into a dance club, it was a mind blowing experience. I knew right away that, more than anything in the world, I wanted to be a DJ.”

Elias purchased turntables, a mixer and records and taught himself to DJ through trial and error with DJs in nearby New York City as his inspiration. Eddie also credits his family for their support of his career. “So many people said I didn’t have what it takes to make it as a DJ, but my family was always a hundred percent behind me.”

Eddie played his first professional gig on New York’s Fire Island and his explosive blend of progressive and tribal house beats were an immediate hit. Practically overnight, he was spinning at morning parties throughout the island and at gigs in New York City and Miami.

“The only word that can describe the success I have enjoyed is ‘unbelievable’,” explains Eddie. “I have worked so hard throughout the years and I’d always hope to grow in this industry but now it has all happened much quicker than I ever thought possible and I’m having a blast!.”