VIDEO: Mike Wallace and The Homosexuals 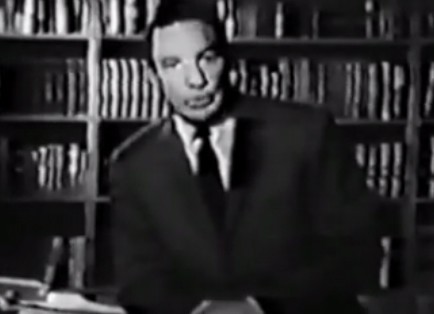 As the nation remembers CBS newsman Mike Wallace as a journalism pioneer, gay rights activists have resurrected his 1967 documentary, The Homosexuals.

The one-hour documentary television series anchored by Wallace was a first for network television. It aired on March 7, 1967. The documentary took three years to make and featured gay closeted men, psychiatrists, legal experts and cultural critics.

Gay activists have long criticized Wallace for the documentary. Activist Wayne Besen described the program as the single most destructive hour of anti-gay propaganda in U.S. history.

In his upcoming book Chicago Whispers: A History of LGBT Chicago Before Stonewall, LGBT historian St. Sukie de la Croix writes: "On March 7, 1967, CBS aired The Homosexuals as part of a series of award-winning CBS Reports documentaries; this was the first network program on the subject of homosexuality. The program, anchored by Mike Wallace, featured interviews with gay men, psychiatrists, and legal experts, and it included footage of a gay bar, hustlers on the street, and a police sting. Most of the gay men interviewed were either hidden in the shadows or sitting behind a potted palm."

de la Croix also notes the (over)reaction of the – at the time – very conservative Mattachine Midwest gay group to the more "out" gay interviewees. The Mattachine newsletter read: "Au­thor Gore Vidal's ­com­ments ­were, ­in­ many­ in­stances,­ ri­dicu­l­ous. This­ rep­orter ­has ­lit­tle ­pat­ience­ with ­­idiocy­ or ­ex­trem­ism ­being ­­foisted ­on ­the American ­pub­lic­ as­ ra­tional­ com­ments."

During the documentary, Wallace shared the results of a CBS News poll that found that Americans considered homosexuality more harmful to the United States than adultery, abortion or prostitution.

In 1992 Wallace said he regretted the documentary, "I should have known better."