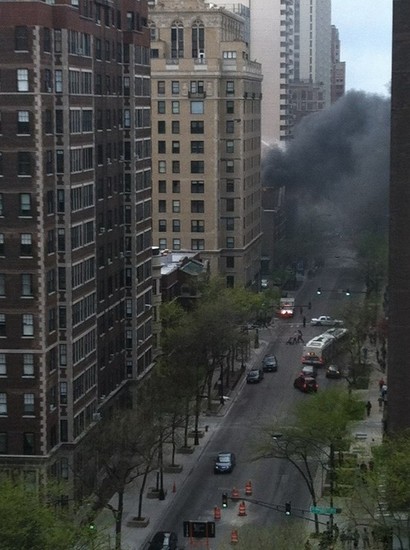 smoke fills the street near sheridan and belmont

The Chicago Fire Department was called to the building at 400 W. Briar Place around 5:40 p.m. as flames shot from the roof, but fire fighters quickly extinguished the blaze by 6 p.m.

The fire was confined to the rooftop deck and did not spread into the interior, though ChicagoPride.com's Bill Pritchard reported there was major water damage to the building.

No one was injured in the blaze, according to the Chicago Tribune.