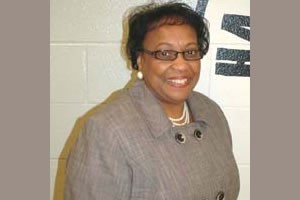 The Haywood County Board of Education announced Bond's resignation in a statement released through its law firm.

Bond, the principal at Haywood High School in Brownsville, Tennessee came under fire for controversial comments she made about gay people and teen pregnancy during a February 9 school assembly.

"At first she was talking about PDA and she turned around and she directly pointed to the gay people and said if you're gay you're going to hell and if you're pregnant, you're life is over," Amber Whittiemore, who heard about Bond's comments through a gay friend of hers who attended the meeting, told ABC affiliate ABC24.

According to a news release from the American Civil Liberties Union, Bond also threatened to expel gay students who showed affection for each other and said that gay students were "not on God's path."

Outraged parents called on the district to discipline Bond.

"That's not her role. Her role as educator, as principal, is to encourage them regardless of their circumstances or situations," parent Tony Snipes said. "With remarks she made I personally believe she does not need to be a principal in Haywood County Schools anymore."