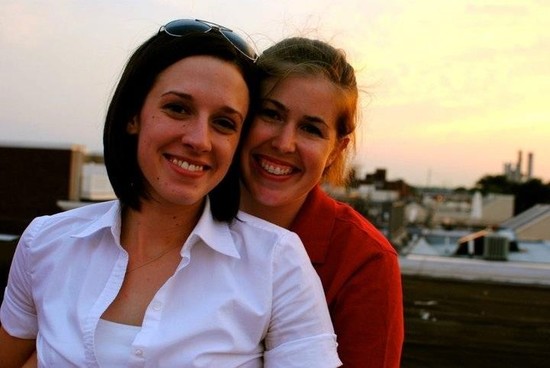 photo credit // facebook.com
Philadelphia - St. Joseph's Catholic University's attempt to exclude a lesbian couple from their romantic "How I Met My Hawk Mate" contest has backfired, with the women garnering even more votes than they would have otherwise.

Katie MacTurk and Megan Edwards attempted to enter the contest several times, but it didn't work.

So they called the Alumni Office, which was running the contest over Facebook.

"After getting called back, we learned the Alumni Association had ‘discussed our submission' and inevitably decided not to post our submission because ‘the Catholic Church does not recognize same-sex marriage,'" they said.

The women met at SJU during their senior year.

"Since graduation, we have built our life together in Philadelphia and loved every minute of it. We were engaged this past October and are looking forward to our wedding in 2013!" they wrote in their contest submission.

Since word got out about their rejection, the St. Joe's Alumni Office was inundated with complaints and they have been added into the contest. They have now gotten more than 2,100 likes.