GLN: Cardinal's apology "pathetically inadequate," protest is on for Sunday 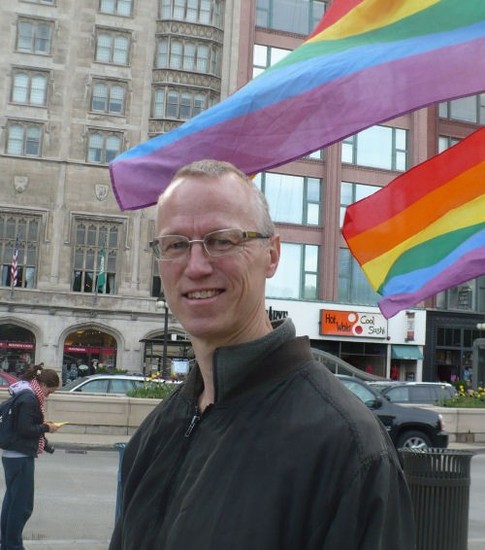 In an official statement released Friday, Jan. 6 on the Archdiocese of Chicago website, George issued an apology for repeatedly comparing the gay liberation movement to the Ku Klux Klan.

"A web posting is about as passive a delivery of an apology as you can get," GLN said in a statement released late Friday. "Cardinal George could have picked up the phone and called an LGBT journalist and had a genuine dialog about the issues."

GLN, which further challenged the cardinal's released apology, said, "the statement does not use that term."

George, the head of the Catholic Conference of Illinois and the Archbishop of Chicago, first made controversial comments about the LGBT community to Fox Chicago News on Dec. 21.

"You don't want the gay liberation movement to morph into something like the Ku Klux Klan, demonstrating against Catholicism," George said on Fox Chicago Sunday, which aired Christmas morning.

GLN has taken exception with the cardinal's initial comparison.

"His [George] original slam against the ‘gay liberation movement' sounded like it was directed at the Gay Liberation Network, which has led demonstrations against his support of discrimination on several occasions, and he could have delivered an apology to GLN," the group said.

GLN, along with the Catholic LGBT group Rainbow Sash Movement, planned a demonstration on Sunday, Jan 8. outside Holy Name Cathedral. Upon the Cardinal's statement, RSM announced its cancellation.

"We got what we ask for and that was an apology," said RSM executive director Joe Murray.

However, GLN said the protest is on.

"When the church leadership ceases doing everything it can to oppose our equal participation in society, then we might believe that George truly cares about our feelings," GLN said.

George and the Archdiocese of Chicago have long clashed with the LGBT community on matters of equality, most-recently the church has fought the passage and implementation of civil unions in the state.

Equality Illinois and The Civil Rights Agenda (TCRA), two of the state's largest LGBT advocacy organizations, along with Rainbow Sash Movement and the national LGBT advocacy group Truth Wins Out have commended the cardinal's statement.

"A true leader can admit when they are wrong, and the Cardinal has set a good example of leadership today with his statement," said Anthony Martinez, executive director of TCRA. "Now, with this apology, the LGBT community and the Catholic community can begin to heal the divides that this has caused."