EQIL: Over 3700 civil unions in Illinois in first 6 months 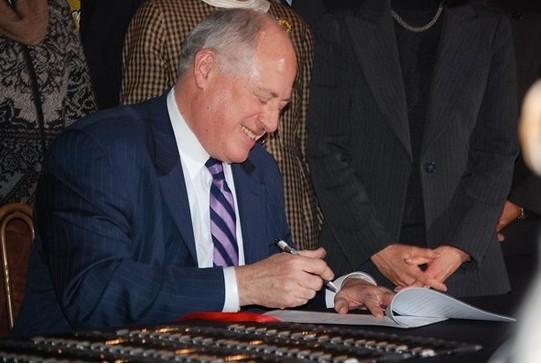 Chicago, IL - More than 3700 Illinois couples have applied for civil union licenses during the six months since the state began offering the option.

According to numbers released by Equality Illinois, civil unions licenses were issued to a total of 3,729 couples statewide between June 1 and Nov. 30.

"The large numbers of people getting their civil unions is further evidence of how urgent these rights and protections are," Equality Illinois CEO Bernard Cherkasov told ChicagoPride.com. "Every single one of these families, as well as thousands of families whose relations are already recognized as civil unions, also deserve federal protections and we must work to make that a reality."

Cook County issued a total of 1,878 of those licenses, or about 50.4 percent. The collar counties of DuPage, Kane, Lake, McHenry and Will issued 1,193, or about 32 percent. The rest were issued throughout Illinois.

Equality Illinois said the numbers indicate same-sex couples make their homes in all parts of Illinois.

"This recognition will have significant implications as state and local public officials deal with family law issues and members of Congress consider the repeal of the Defense of Marriage Act," said Randy Hannig, Director of Public Policy for Equality Illinois.

Illinois' law does not recognize same-sex marriages, but does provide the same spousal rights to same-sex partners when it comes to surrogate decision-making for medical treatment, survivorship, adoptions, and accident and health insurance.

Equality Illinois is the State's oldest and largest organization working to secure and protect the civil rights of gay, lesbian, bisexual, and transgender people.