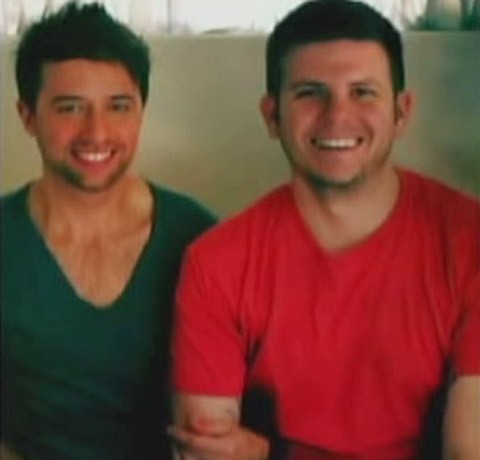 billy canu with his partner

Denver, CO - A gay couple returning home to San Diego say they were shocked when a United Airlines manager called them "idiots" and "faggots" in a dispute over the United Gold Lounge.

Canu told the Denver television station that he and his partner were waiting for their flight home Saturday evening at Denver International Airport when they got confused about United's Gold Lounge policy. He said the incident happened when they approached nearby United gate agents, who refused to help them.

"As we were walking away he [the manager] goes ‘idiots,'" recounted Canu. "So, my partner turned around and started walking up to him and said, ‘I'm sorry. What did you say?'"

"He [the manager] says, ‘What faggots,'" according to Canu.

Canu said the United Airlines manager, who he identified on Facebook and Twitter, threatened to kick them off the flight.

"United does not tolerate discrimination of any kind and we take this customer's complaint very seriously," United Airlines spokeswoman Christen David told ChicagoPride.com in a released statement. "We immediately initiated a review of the alleged incident and are contacting the customer to follow-up. However, we have not been able to corroborate the customer's version of what was said."

Canu and his partner said they just want an apology from the airline.

In September, lesbian actress Leisha Hailey from Showtime's "The L Word" was escorted off a Southwest Airlines flight for kissing her partner.