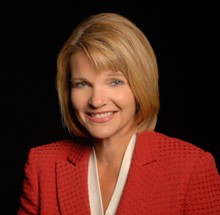 photo credit // thinkprogress.org
Linn County, Iowa - Democrats have held a crucial senate seat in a special election in central Iowa Tuesday. Had the seat fallen to Republicans, it would have allowed the Iowa Senate to potentially proceed with revocation procedures of legal gay marriage in the state.

The seat was made open to special election after incumbent Democrat Senator Swati Dandekar resigned to take a high paying job appointment from Republican Governor Terry Branstad to the Iowa Utilities Board.

Democrat Liz Mathis garnered 56% of the vote against contestant Republican Cindy Golding in the district just outside of Cedar Rapids, Iowa. Between the two candidates, almost $1 million was raised in the race with Mathis outspending her opponent by nearly 3 to 1.

Mathis win maintains the Democrats 26-24 majority in the Iowa Senate, keeping Republicans from pushing a strictly conservative agenda which may have included an attempt to repeal gay marriage in the state. She supports marriage rights for same-sex couples.

The election campaign was so malignant that an unknown group set up an automated calling to prospective voters or "robocall" yesterday instructing voters to inquire of Candidate Mathis the following: "Homosexual marriage obviously involves homosexual sex. So before you support Liz Mathis, call her at 319-899-0628 and ask her which homosexual sex acts she endorses."

Right wing conservative and religious organizations have denied involvement in The Call.

One Iowa Executive Director Troy Price said: "Tonight was a great victory for Iowans. Voters in this district clearly rejected the mean-spirited and misleading attacks of our opposition that we saw right up until the polls closed on election day. Instead, voters elected the candidate they felt would best move our state forward. We are so proud of our volunteers, staff, and supporters who helped make this victory possible. We know that Liz Mathis will be a great senator, and we look forward to working with her in the coming legislative session.

"The election is over, but the battle is far from over. Now, the focus turns to the coming legislative session where we fully expect the opponents of equality to redouble their efforts to take away the rights of loving, committed gay and lesbian couples. One Iowa will be there to stand up for marriage equality at every turn, and we are excited to work with the fair-minded Senate majority to ensure that freedom and equality remains in the heart of the heartland" Price concluded.

One Iowa is the state's largest lesbian, gay, bisexual, transgender (LGBT) advocacy organization, committed to full equality for LGBT individuals, including the freedom to marry.