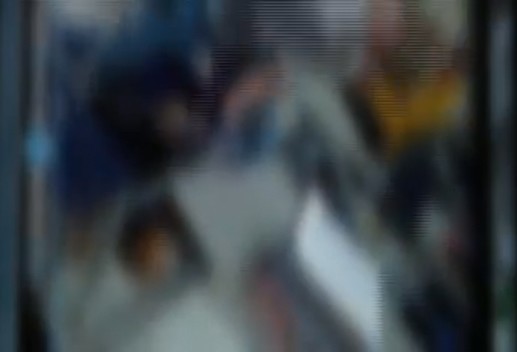 Chillicothe, OH - A shocking cell phone video of a 15-year-old Ohio high school student being assaulted by another boy is being investigated by school officials to determine whether the fight was motivated by sexual orientation.

The video shows the Oct. 17 beating of a Chillicothe, Ohio freshman, who is gay. The attacker is seen waiting for the boy before throwing a series of punches and then violently beating him to the ground.

"And then as soon as he walks in the door, the boy hits him. The victim walks away saying, ‘What did I do? Why are you doing this?' And he keeps walking away."

Collins, who says the school has not done enough to address bullying, is seeking to have hate crime charges brought against her son's attacker. Both boys are students at Unioto High School, where the attack happened.

School officials say they are still evaluating evidence, including the video and an anti-gay Facebook post, to determine if the fight was motivated by the boy's sexuality.

Ohio state law requires districts so have a policy that prohibits harassment, intimidation or bullying; however, the law does not include sexuality.

An anti-bullying bill is pending in Ohio's legislature that would include sexual orientation and gender identity.