Some outraged over drug treatments for transgender child 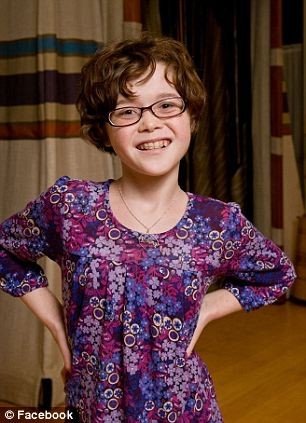 Oakland, Calif. - A lesbian couple in California has started giving their 11-year-old son, Tommy, hormone-blocking treatments so that he can follow through with a stated desire to become a girl named Tammy.

The two moms, Pauline Moreno and Debra Lobel, said they want to help delay the child's entry into puberty, so the child can make an informed decision about gender at a later age.

While transgender rights advocates are pleased that the child's parents are accepting -- and even helpful -- others see this as an outrageous act akin to child abuse.

"This is child abuse. It's like performing liposuction on an anorexic child," Dr. Paul McHugh, professor of psychiatry at Johns Hopkins University, told FOX News.

The two moms told CNN that Thomas identified as a girl before even speaking; the child was learning sign language because of a speech impediment and insisted on using the female sign.

The child threatened genital mutilation at age 7 and was diagnosed with gender identity disorder the following year.

The couple has two older sons and said that even though they are lesbians -- they weren't sure how to handle this situation. They could see immediately, though, that the child's behavior and attitude improved instantly when she started identifying as Tammy and started wearing girl's clothes.

"It was odd to us," Moreno told CNN. "Even though she has lesbians as parents, this is all new to us in every possible way. We know what it's like to feel different - we've got that one. But to feel like you're not in the right body was just something we could not put our heads around."

The couple said that their temple and friends in the San Francisco Bay area have been extremely supportive.

Tammy is currently being treated at a Bay Area hospital that has a specialty program for transgender kids. The hormone blockers Tammy is currently taking will have to be stopped at age 14 or 15, at which time Tammy will need to decide whether to enter male puberty or start taking female hormones.