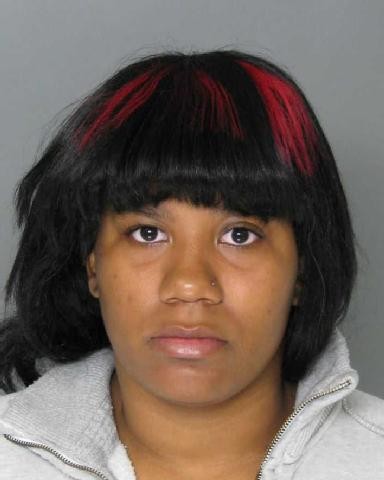 Prosecutors said hate was clearly the motivation for the brutal attack

Baltimore, MD - A teenage girl from Baltimore will spend five years in prison for the brutal beating of a transgender woman in a McDonalds' restaurant.

Teonna Monae Brown, 19, pleaded guilty last month to one count of first-degree assault and a hate crime in the beating of Chrissy Lee Polis, 22, a transgender woman, in April.

The teen was sentenced Tuesday to ten years in jail with five years suspended, plus three years of supervised probation.

The case made national headlines and outraged thousands of people earlier this year after video of the shocking hate crime went viral on YouTube.

The video shows Polis being viciously kicked, punched and dragged by Brown and a 14-year-old girl. One employee and a patron attempt to intervene, but most of the witnesses stand idly by and several men can be heard laughing in the background. Toward the end of the video, Polis appears to suffer a seizure after one of the suspects kicks her in the head.

Polis, who chose not appear in court, said she did not forgive her attacker.

"While being beaten, I felt like I was going to die that day," Polis wrote in a letter to the judge.

"My private life has been exposed to the world. I lost my job. I cannot go anywhere without the fear of getting hurt again. I want to go into a hole and hide."
Prosecutors said hate was clearly the motivation for the brutal attack.

McDonald's condemned the attack almost immediately, calling it "disturbing and troubling." Vernon Hackett, the employee who recorded the attack on his mobile phone, was fired.

Brown's 14-year-old accomplice pleaded guilty for her part and remains in a juvenile detention facility. She could be there until she's 21.

Warning: The video is violent and could be disturbing to some viewers.