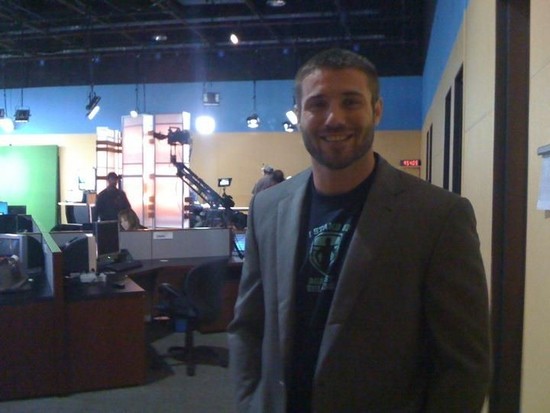 "It's a privilege to be here and I look forward to a great event tonight," Cohen told ChicagoPride.com late Monday afternoon.

Members of the LGBT and greater Chicagoland community are welcome and encouraged to attend the event opening at 5 p.m. in the Grand Ballroom at Navy Pier.

A $10 suggested donation at the door will benefit the Ben Cohen Stand Up Foundation, which battles homophobia and bullying.

"The Gay Softball World Series is a fantastic opportunity to join with other athletes to spread the StandUp message," said Cohen. "We can feel that change is starting to happen, but need to keep the momentum going, using sport as a platform to eradicate homophobia and to stop bullying in school."

The softball tournament, which begins on Tuesday, Aug. 30, is expected to draw 175 teams from 43 cities in North America in five divisions: A, B, C, D and Master's.  Play occurs at three separate complexes in Schaumburg, Elmhurst and St. Charles, with the championships (Schaumburg Complex) on Saturday, Sept. 3.

The week of softball and social events will close with an awards ceremony and street fair in Boystown on Saturday, Sept. 3, from 4:00-10:00p.m. The event, which is presented in partnership with the Chicago Metropolitan Sports Association (CMSA), will take place on Waveland Avenue between Halsted and Broadway streets and feature local cover band Final Say and world-renowned DJ Bill Bennett.

Additionally, the Chicago Cubs, a Series 2011 sponsor, will welcome representatives from the winning teams onto Wrigley Field on Sunday, Sept. 4 for a special recognition ceremony prior to their 1:20 p.m. game against the Pittsburgh Pirates. That Sunday is also Pride Day at Wrigley, brought to you by the Windy City Times, Grab Magazine, ChicagoPride.com, all Series 2011 media partners.