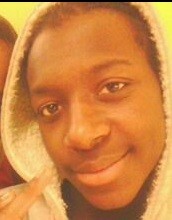 However, Waterloo Police told the Des Moines Register they are not classifying his murder as a hate crime.

Andrews was described the "soft-spoken" captain of the Crusaders Drill Team at Union Missionary Baptist Church. He was planning to attend community college this fall and study interior design.

Vigils were held for him in Waterloo and across the state on Thursday night.

"He wanted to make everybody live their dream. Church and the drill team was pretty much his life," a friend told the Des Moines Register.

A Facebook page called "RIP Marcellus Andrews" has been set up in his memory.