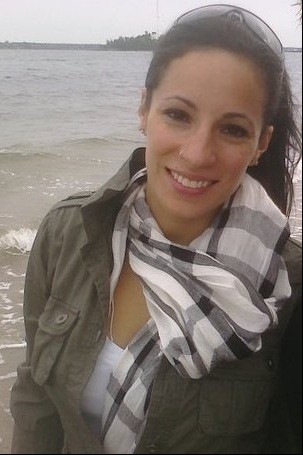 Indianapolis, IN - Christina Santiago, programming manager for the Lesbian Community Care Project at Chicago's Howard Brown Health Center, was among those killed when a stage collapsed right before a Sugarland concert at the Indiana State Fair on Saturday, Aug. 13.

"She has been a leading and driving force in the expansion of our women's health services division and a powerful advocate for all LGBT women," Edwards said.

Santiago, 29, was at the concert with her partner, Alisha Marie Brennon, reported TheLStop.org/2011/08/christina-santiago-1982-2011/?utm_source=rss&utm_medium=rss&utm_campaign=christina-santiago-1982-2011" target="new"The L Stop. Brennon, who works at Pierce and Associates in Chicago, was also injured and is reportedly in critical condition. She is a member of the Chicago Force.

Edwards described Santiago as "an instrumental figure in the expansion of our women's health services division as the manager of LCCP and a strong advocate for the LGBTQ women's community."

In addition to her work at the LCCP, Santiago was the Board Programming Chair at Amigas Latinas.

Amigas Latinas and Howard Brown Health Center are hosting a vigil in honor of Santiago and to pray for Brennon at 5 p.m. at Howard Brown's outdoor garden, 4025 N Sheridan.

Four other people were also killed and 45 others injured when the metal scaffolding that holds lights and other stage equipment fell in what Indiana Gov. Mitch Daniels described as a "fluke" wind.

The concert had not yet started, and the winds had been bad enough that the crowd had been instructed on what to do in case of a weather emergency. However, the audience was also told that concert organizers were hoping to start the performance shortly.

Video of August 13, 2011, Sugarland Concert stage collapse at Indiana State Fair in Indianapolis, IN. Warning: This video is graphic and could be disturbing to some viewers.